Interview with Matthew Elliot, the leader of the VoteLeave campaign – Brexit

|  News  |  Interview with Matthew Elliot, the leader of the VoteLeave campaign – Brexit 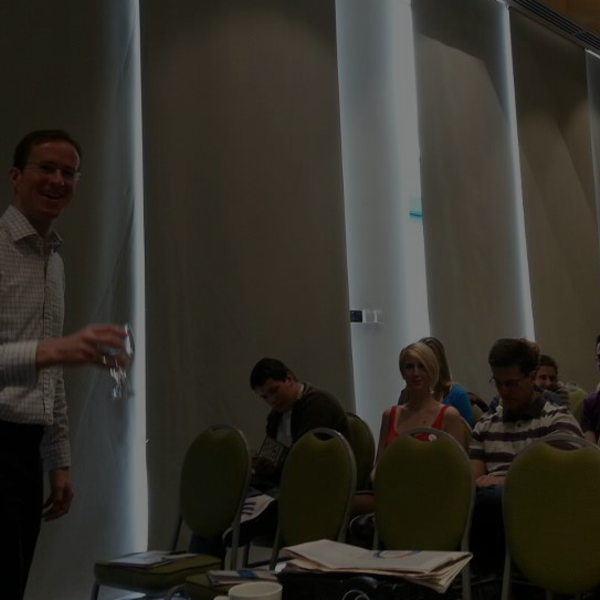 The Brexit referendum and the debate around it have been a topic of the mainstream media around the world for a while now. A British exit from the EU would have consequences for the people of the United Kingdom and the EU and a geopolitical impact. The citizens of Serbia are not very familiar with the debate and it is seldom discussed in detail in Serbian media.

To explain the debate in more detail, Libek has reached out to Matthew Elliott, the leader of the VoteLeave campaign, which is spearheading the broad movement advocating for an exit from the EU. Before the VoteLeave campaign, Matthew Elliott has already established himself as a successful advocate for the taxpayers’ interests and protection of privacy, through his initiatives such as The Taxpayers’ Alliance and the Big Brother Watch. The media in the United Kingdom have named him as one of the most influential lobbyists on Westminster and he has become famous for his experience in politics beyond the borders of the United Kingdom. With this interview, Matthew Elliott explains the arguments of the Leave side of the debate, speaks about the impact a British exit from the EU would have on the UK and the world, and discusses his experience with political campaigns.

1. As a founder of many initiatives in the United Kingdom, from the Taxpayers’ Alliance to the Big Brother Watch, you have an extensive experience in advocating for smaller government, protection of taxpayers and defense of privacy. You are now leading the VoteLeave and spearheading the campaign for Britain’s exit from the EU. How is this campaign and your role in it different from your other initiatives?

Building up groups like the TPA often focuses on a single issue – such as better fiscal policy (the fight for lower taxes and more responsible). That inevitably means you are talking to a specific group of supporters who agree with you, and trying to persuade others to join your fight.

Vote Leave is in principle the same thing. We are trying to ensure that those who already believe in Brexit actually turn up to vote – so, those who already agree with us – and convince the swing voters to Vote Leave – persuading others to join our fight.

The key difference is that with Vote Leave, we are trying to build coalitions across a much broader base. That means talking to people from right across the political spectrum – the Green Party, trades unions, farmers, Conservatives, Ukip, free marketeers and socialists. It really is a broad coalition, and that means being able to negotiate, persuade and convince that Vote Leave’s strategy to win is the right one.

2. How would you describe the issues behind the Brexit referendum and the whole situation to someone who does not know much about the whole debate? What is the key problem? What does the Leave side base their arguments on and what is the best argument of those who think Britain should stay a member of the EU?

The problems really do vary according to voter. For some, sovereignty is the key issue – the right to determine our own laws. For others, it’s the economy. Other people are concerned about security.

The trick for the Vote Leave campaign, then, is to take all of those concerns and turn them into short, consistent messages that we can use to convince swing voters. In order to do that, we have undertaken extensive analysis, market research and polling to find out how we can best phrase all of these issues in a language that people can understand and that will persuade undecided voters.

The best argument for us is control: the right to control our own lawmakers; our own economy; our own borders. Control is a positive thing, and our campaign is very much based on presenting a positive image on what the UK can achieve outside of the EU.

3. The UK’s Prime Minister, David Cameron, tried to make a deal with the EU based on, let’s say, British conditions for remaining in the EU. Do you believe the he succeeded or not? What are some of the key things that London asked from Brussels?

I do not think the Prime Minister succeeded. I think he fought well and really did try to get some meaningful reform of the EU, but did not quite achieve what he wanted to. And I think that represents a fundamental problem at the heart of the EU – its unwillingness to listen to its member states and undergo necessary reforms. That is why so many people are now fighting for a Leave vote – they know it is a pointless task asking the unelected elites in Brussels to listen to the people and make changes. So it is time to take back control.

4. Besides the economic questions which seem prevalent in the debate, there is a question on which the whole continent has been debating for quite a while. This question is the migration question and the increasing migration to European countries from outside the EU, especially non – European countries. What is your opinion on this part of the debate and do you think that the question of migration is also an economic issue?

Migration is of course an economic issue. Migration is and can be a very positive thing for the UK economy and can help drive economic growth. But the truth is that we have no control over it. The Prime Minister promised to get yearly net migration down to the ‘tens of thousands’ but he has since discovered that this impossible, because he has no control over it.

The UK is a welcoming and hospitable country to those from overseas, and that is a wonderful thing; but what concerns many voters is the pressure migration can put on public services, like schools and hospitals, and on housing. That is a legitimate concern that politicians have not successfully addressed. Vote Leave believes in migration and the good it can do, but we would also believe that our lawmakers have control over it, and that they have the ability to keep their promises when they make them.

5. Do you believe that the UK’s exit from the EU would inspire some other EU countries to consider leaving the EU, or do you think that the position of the UK is unique and has no impact to how other countries see EU membership?

I think it could make other countries, like the Netherlands, start to look at their own relationship with the EU. It could give others the confidence to stand up to Brussels, and tell them that they will no longer accept being dictated to.

On the other hand, many economists believe that a Brexit would actually be good for the Eurozone, allowing those countries inside it to institutionalise and carry out fiscal transfers necessary for keeping the currency together. It could be a case that other countries in the Eurozone slowly come to realise, in 5-10 years’ time, that Brexit was the best thing for them.

6. In some countries, such as Serbia, the EU accession process is seen as a positive thing by majority of people, and even organizations like Libek openly support many aspects of this process. This is because the EU integration process is seen as a way of forcing the local political elites to reform the public administration, which has some of the lowest efficiency levels in Europe, to reform the economic policy and get the government out of the economy and establish a better judicial and political system. What would you recommend to the decision makers in Serbia, as someone who has significant experience in working with decision makers and politicians?

Each country is different. I can absolutely see why EU accession may seem desirable for economies in the East, given the appeal of developing robust institutions and moving power away from local officials.

However, I would say that the EU is not an example for others to follow. Its institutions are unelected and unaccountable, its politicians engage in fairly egregious expense-claims that taxpayers pay for and it enforces laws on to countries for which they may not be suited.